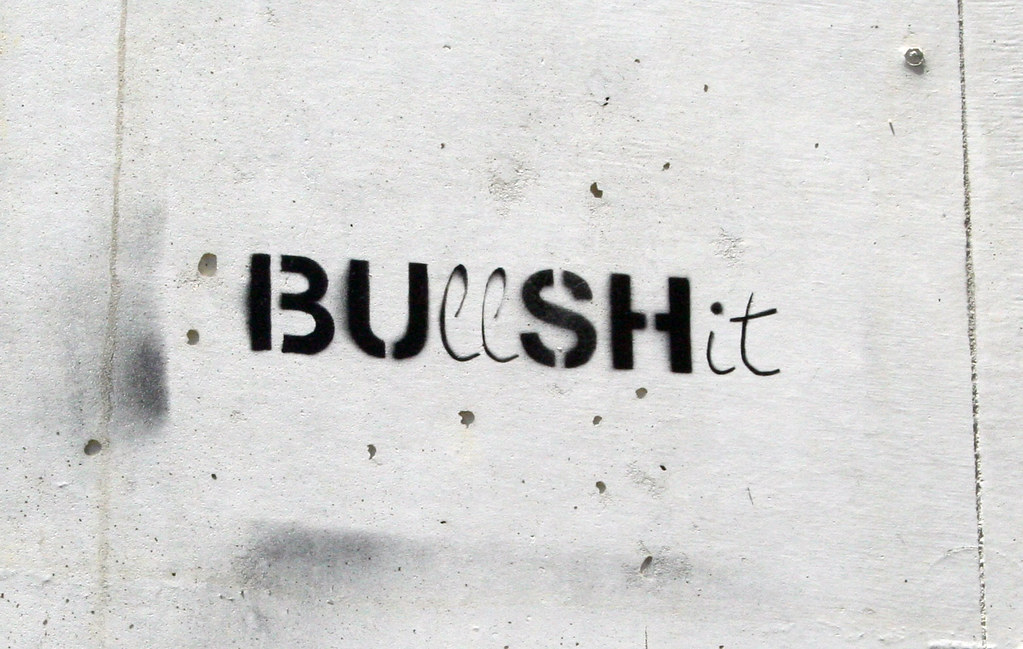 PHOTO CREDIT: Flickr: Manuel Faisco
In a world full of myths and made up facts, it’s easy to confuse the two. What maybe perceived as common knowledge may in fact simply be a myth. Here are seven made-up facts floating around but are actually nothing short of being completely false.

PHOTO CREDIT: Flickr
How many times have you heard the common idiom about lightning never striking the same place twice? The idiom is used to imply that once a misfortune occurs, it will never happen again. However, the saying has nothing to do with lightning bolts. Lightning is basically a massive electrostatic discharge looking for a way to reach the ground. It’s not bothered whether or not it has hit the grounding spot before. As a result, tall objects including skyscrapers and trees are often the preferred targets simply because they provide a shorter distance between the lightning’s origin and the ground. Tall trees in forests are struck by lightning repeatedly in a storm. If you still believe lightning does not strike the same place twice, ask the Empire State Building which is struck around 100 times every year.

PHOTO CREDIT: Flickr: Michael Levine-Clark
This is a made-up fact that’s largely inaccurate because the boundary between Earth and space is relative. If you considered space to be the International Space Station, which is 250 miles away, you’ll see many other structures besides the Great Wall of China. If space means what you see from the moon, then you’ll hardly see anything but light clusters from large cities.

A penny dropped from a skyscraper can kill you

PHOTO CREDIT: Flickr
You may have heard that a penny flung from the top of the Empire State Building to the sidewalk below will kill anyone it hits. This is not entirely true. A penny weighs around 1 gram and thus it’s lightweight. It has a flat circular shape, which doesn’t give it much aerodynamic advantage and would therefore tumble and flip all the way down. The penny’s low mass and a low terminal velocity would hardly do significant damage to the bystander. You’d feel an annoying flick but nothing lethal.

Everyone believed the Earth was flat during the Middle Ages

PHOTO CREDIT: Flickr
The truth is that most scholars during this period knew the Earth was round. The flat Earth theory became prominent in the 19th century when evolutionary discussions created a divide between religious and scientific communities.

PHOTO CREDIT: Flickr
It doesn’t take 7 years to digest chewing gum. The fact is that, you barely ever digest it at all. Chewing gum is typically made of a gum base, sweetener, flavoring, preservatives and softeners. While our body breaks down sweeteners and flavoring, the gum base withstand both the acid in the stomach and the digestive enzymes in the intestines. So eventually it’s released as waste.

PHOTO CREDIT: Flickr
For hair and nails to grow, we need to continue producing keratin that makes hair and nails grow. For that to happen, we need eat and digest nutrients. Typically hair and skin that grows post-mortem is a result of dead skin drying out and pulling away from nail beds and hair shafts.

Find out more or adjust your settings.

This website uses cookies so that we can provide you with the best user experience possible. Cookie information is stored in your browser and performs functions such as recognising you when you return to our website and helping our team to understand which sections of the website you find most interesting and useful.

Strictly Necessary Cookie should be enabled at all times so that we can save your preferences for cookie settings.

If you disable this cookie, we will not be able to save your preferences. This means that every time you visit this website you will need to enable or disable cookies again.